What we have done

Vegan ice cream with a mission

Amsterdam-based Abbot Kinney’s is all about responsible enjoyment. Abbot Kinney’s knows that it’s not always easy for the consumer to make conscious choices in the field of sustainable and honest food. That’s why the company believes in “progress, not perfection”. Change doesn’t always have to happen at one fell swoop. Their mission? Making plant-based the new standard. If everyone switches to a plant-based diet, the food industry related emissions decrease by 70 percent. Blyde and Abbot Kinney’s structurally work together on the brand’s position in Belgium and the Netherlands with the aim of making it easier and more attractive for consumers to make a difference every day.

Part of the long-term partnership was the launch of the Almond Frostick, the first organic, plant-based, almond-based ice cream. Positive impact can also be made without compromising on style, taste or quality! With the Almond Frostick, Abbot Kinney’s wants to convey an important message: stick up for your planet. According to Abbot Kinney’s, switching to a plant-based lifestyle is the key to turning climate change around. Abbot Kinney’s believes that changing small, everyday habits can make the difference here. That’s why we called on the target group to share sustainable tips with #stickupforyourplanet. The aim? To inspire others and learn from each other.

Blyde strongly supports the message that by making small changes in your diet every day, you can make a big difference. This optimistic approach is also completely in line with our agency’s DNA: it doesn’t matter where you start, as long as you do something by examining small, daily habits. Approach: product launch + activation #stickupforyourplanet movement. How? Via media, sustainable blogs, changemakers and foodies. Result? Stacked reach: 10,6 million. Media value: 450K. Campaign size – S.

Ensure sustainable consumption and production patterns. Establish sustainable management and efficient usage of natural resources. Taking the growing world population into account, the production of our goods should be much more useful: “produce more using less”.

A selection of the free publicity we generated for the introduction of Almond Frostick: 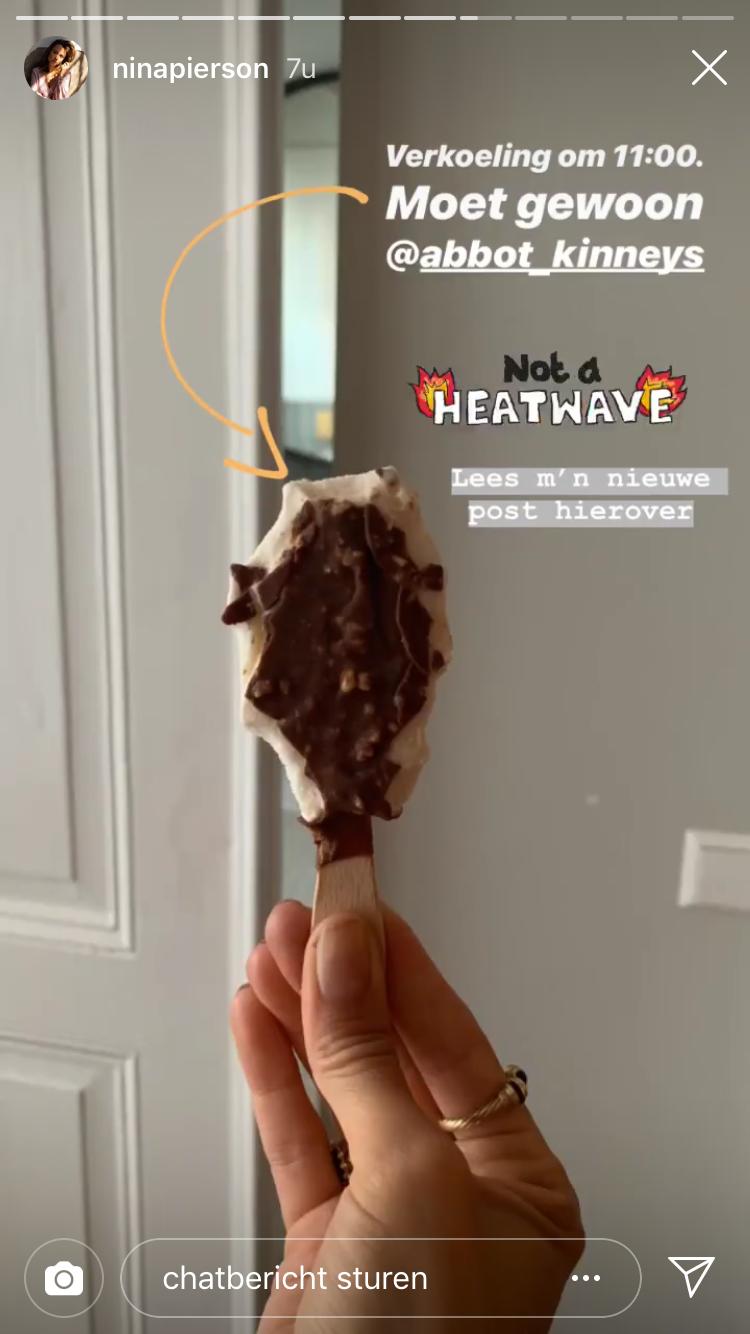 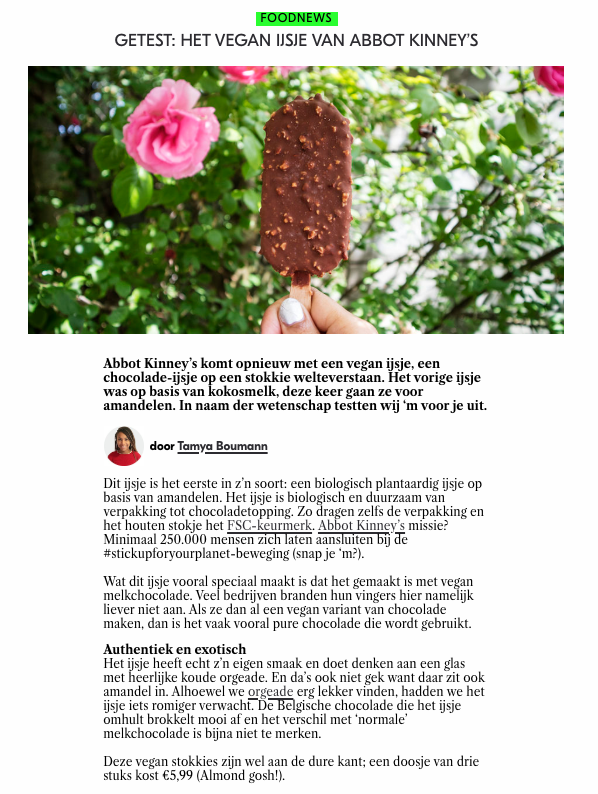 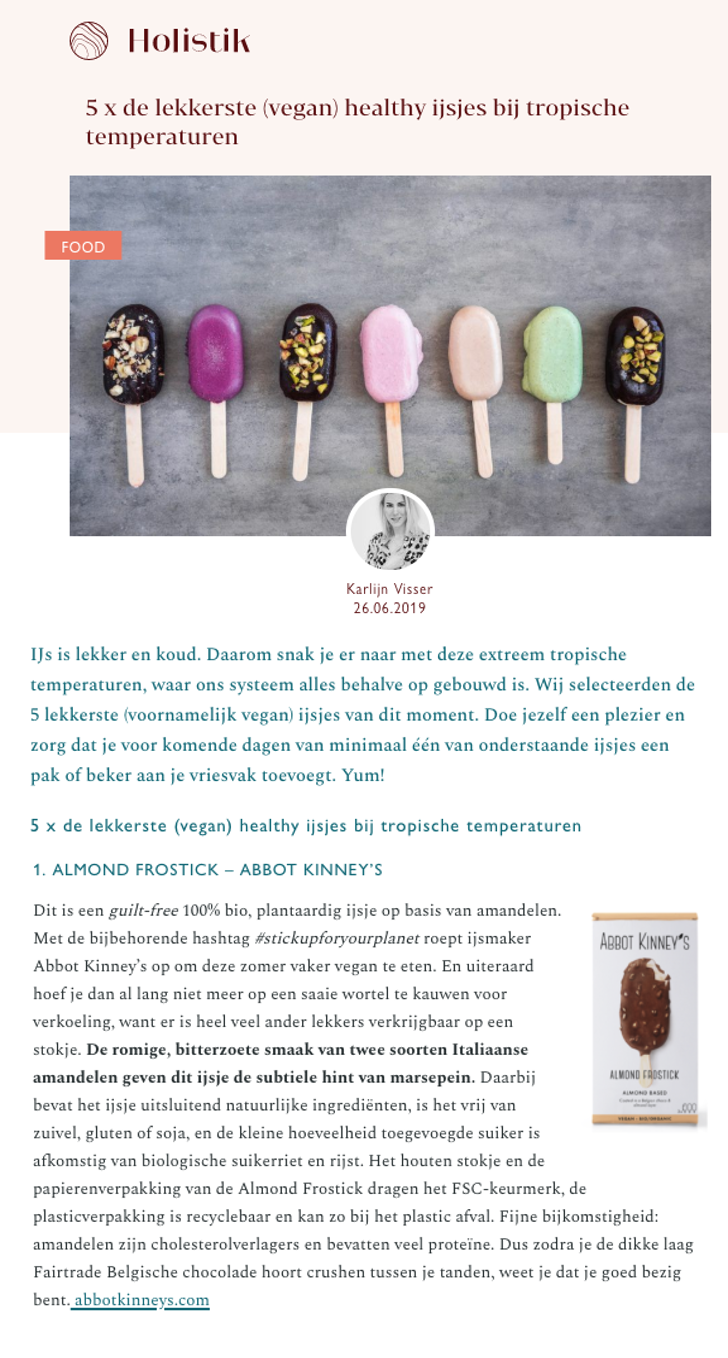 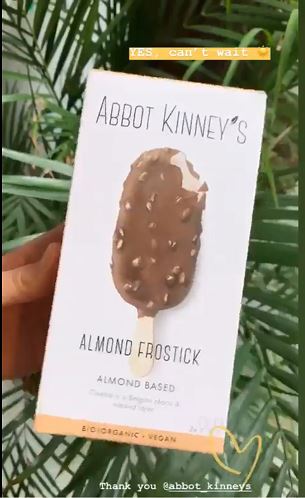